Get fresh music recommendations delivered to your inbox every Friday.
We've updated our Terms of Use. You can review the changes here.

What The Midnight Swallows Whole 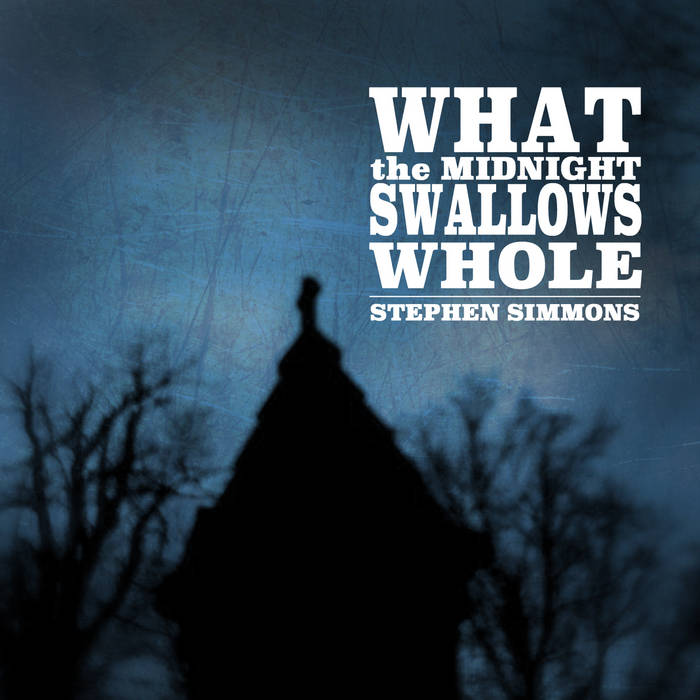 Songs have always come to me from the strangest of places. Song titles, phrases, couplets, melodies, stories & vague outlines have found me whether late at night working a factory job as a teenage college kid, driving down country roads, alone at night fueled by whiskey, daydreaming at a desk job, or listening to another songwriter inspire me on a stage somewhere. I’ve often thought how it’s almost like sometimes someone taps you on the shoulder and whispers in your ear: well, this time someone literally did.

The songs on this album are a departure from my normal writing process. Jeff Wickland approached me with the idea of looking at his lyrics to see if I might be able to put music to them back in 2010. I had met Jeff several times over the years at shows I played in his native West Virginia, and later on in Nashville (where he and his wife have since relocated). I made no promises to Jeff upfront, as it is always difficult to predict how the creative process will (or will not) unfold. I was pleased to find very inspiring writing in these rural, gothic tales that harken back to the ones passed down in my family in Southern Central Tennessee: and whose influence on me inspired many of my own story songs and writing style early on. I found it easy to see through the eyes of these characters Jeff had created and to express their words in song with emotions that are very familiar to me. The voices of these characters are of another time, yet their yearnings and desires primordial and timeless. I thought that these songs deserved an audience and teamed up with my longtime musical collaborator Dave Coleman to help bring these songs to life. The three of us hope that you enjoy them.

Stephen Simmons was raised in the small town of Woodbury, Tennessee. As a songwriter and Ten years as a Road Dog, Stephen’s vision has grown to entail more than just reflections of rural America. Stephen’s records (which were compared to everyone from Johnny Cash to Ryan Adams) combine virtuosic songcraft and musicianship with unparalleled artistic honesty. ... more

Bandcamp Daily  your guide to the world of Bandcamp

Sampa The Great joins the show to discuss her release, "As Above, So Below".